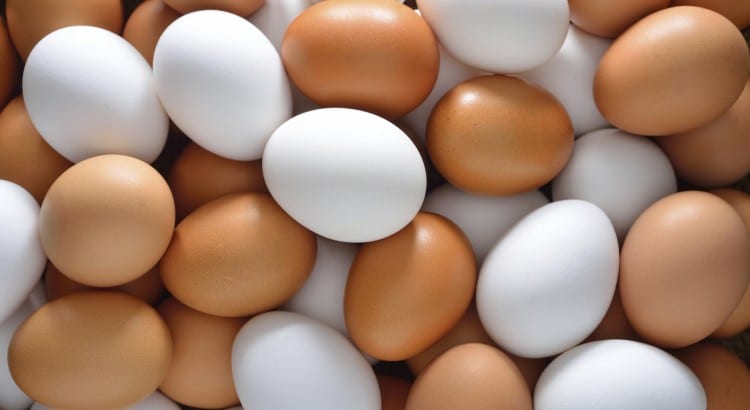 The Truth About Cholesterol

There is much debate in the world of health and nutrition as to whether cholesterol and fat is bad for your health and if it is indeed the cause of heart disease.

I still witness people going to extremes to avoid eating egg yolk like the plague, so much so they would rather purchase egg whites in a carton or crack 12 eggs, separate them and throw out the yolks.

And you know what, I get it. With so much conflicting nutrition information out there, it's easy to be unsure which health advice to follow.

So too shed some light on the matter…I am cracking the shell on the story.

WHY DO PEOPLE FEAR EGGS AND CHOLESTEROL?

Since the 80’s many have run from any food containing the C word, not to mention any foods that contain even the smallest amount of fat. You see, cholesterol and saturated animal fats were incorrectly pinpointed as the cause of heart disease. Due to this error the world responded by avoiding bacon, butter and eggs, replacing them with sugar, cereals, grains and low fat foods and processed oils.

But instead of getting thinner, healthier with less heart disease, we got fatter, sicker and had more heart disease diagnosis.

Before we jump right into it, I want to have a little look at what cholesterol is, its role in the body and why it was the considered so bad to the health industry.

Cholesterol is a fat (lipid) found in all animals and is one of the most important constituents of life. Here’s a few reasons why…

Its vital for brain function and memory – the brain is made up of more than 25% of the body’s cholesterol and forms part of our myelin sheath (kind of a protective tissue around our nerves) Its vital for digestion and removing toxins from the body – cholesterol is a raw material for bile acids so that we can absorb fat soluble vitamins A, D, E, K and to aid in ridding the body of waste Precursor for our sex hormones – i.e. oestrogen, testosterone It forms the membrane of our cells – yep, every single last one of them Plays a role an anti-inflammatory action – by preventing omega 6’s converting into the pro-inflammatory pathways

Kind of seems that without cholesterol, we might be in trouble right? Limited brain function, no nutrient assimilation and no sex!

Your body actually makes cholesterol. Everyday you make your own without any input from what you eat. If you don’t produce enough cholesterol, you will take up MORE from your diet (ie eggs). But if you get too much from your diet, you will produce LESS. It's kind of a self regulated process.

Let’s think about that for a moment…for our body to recycle the cholesterol in our body, it must be extremely important in our body otherwise wouldn’t we just get rid of it all and excrete it all as waste? Which takes me back to the role cholesterol plays in the body. Yes, t's vital.

Cholesterol in the diet

And while we are onto the egg thing, eating whole eggs actually raises your good cholesterol (HDL) but the LDL particles (thought of as bad) just get bigger and safer.

So if all of this is true then…

What put the wheels in motion that cholesterol was bad in the first place?

Firstly because of a study done on rabbits (who coincidentally are vegetarians) that showed that when rabbits are stuffed full of cholesterol via animal fats, they have a heart attack. I don’t know about you, but I don’t even closely resemble a rabbit in any way shape or form.

Secondly…a man named Ancel Keys did a few more studies that started a shift in thinking that fat was an unhealthy. You see, he originally came to the conclusion that cholesterol in the diet doesn’t matter unless you are a rabbit. Great. Thats good for us. Not so good for the poor stuffed little rabbits.

Now it's important to note that in science correlation isn’t necessarily causation. That is, just because we stuff a rabbit full of A) and B) occurs, it doesn’t necessarily mean that A causes B.

Now to be fair, it wasn’t poor Mr Keys who single handedly demonised fat however he certainly played a role in demonising sat fats whilst glorifying polyunsaturated fats (think canola oil). We can touch on them a little later…

But in the end even Mr Keys stated that cholesterol in the diet has “NO SIGNIFICANT EFFECT ON CHOLESTEROL LEVEL OR DEVELOPMENT OF ATHEROSCLEROSIS”.

For those of you who glazed over in that history lesson, here it is in a nutshell…(perhaps you should sit down for this part…)

Cholesterol in the blood isn’t the cause of heart disease or atherosclerosis. In fact, without cholesterol our cells might implode on themselves as every single membrane of every single cell is made up of cholesterol.

WHAT IS HDL AND LDL?

HDL and LDL that we have been labelling as good and bad cholesterol, are actually not cholesterol at all. They are just the transport mechanisms for cholesterol, kind of like a taxi.

There is also LDL-A which you can think of as large, cuddly and buoyant and LDL-B which is smaller, dense and has been indicated as a marker in heart disease.

There is also Lp(a) that carries out a lot of the repairs on cells and arteries and this guy is very small, highly inflammatory and tends to attract the blood clots that can get stuck as they pass by the old damaged artery and plaque build up. Not getting a good ‘please to meet you’ feeling about him now are you?!

WHY DOES LDL GET SUCH A BAD RAP?

When damage occurs to the inside (endothelium) layer of an artery, the LDLs (as well as immune cells) try to create a ‘bandaid’ to fix the issue. They taxi the cholesterol and other good guys that will help treat any damage or injuries to the scene of the crime. If the damage gets fixed and doesn’t continue to get damaged, there really isn’t much of an issue.

But…with repeated damage to the artery in an attempt to contain the situation, it all eventually results in scarring, otherwise known as plaque. Now a heart attack or stroke occurs when the narrowing of the arteries causes the built up plaque (the bandaid trying to repair the damage) to trap blood clots eventually blocking blood flow completely.

It's important to note that LDL doesn’t cause the blockage that leads to the a heart attack or stroke. In fact it was merely doing its job, but they tend to get pinpointed because they are at the scene of the crime. Kind of like blaming the cops at the scene for the crime instead of the crook.

WHAT DOES HIGH LDL MEAN?

If there is “high” LDL in the body, this indicates that there is a greater NEED for cholesterol in the tissues. Remember, it's merely a taxi delivering the cholesterol to where it needs to go to help the body to repair cells and dampen inflammation.

However, if your body is running rampant with a heap of omega 6’s also known as arachadonic acid (AA) that we get from vegetable oils, nuts, grains in the body, these guys can easily convert into pro inflammatory lipids that cause an inflammatory pathway.

And guess who inhibits this pro-inflammatory pathway?

Are you starting to realise that cholesterol ain’t that bad after all?

So what is the real issue here? It's the cause of the injury to the artery and the inflammation.

WHAT ABOUT SATURATED FAT?

Saturated fat (in animal fats such as butter, organ meat and also coconut ), monounsaturated fat (olive oil, avocado) and polyunsaturated fat (seed oils and vegetable oils such a canola oil, safflower oil). About half of our cell membranes are actually made up of sat fat. You see, sat fat is a very stable fat as there are no room in its make up for rancidity or spoilage, whereas a polyunsaturated fatty acids are less stable and are very susceptible to oxidation.

Let me repeat – SFAs are stable, resistant to heat damage, and essential to the body. Polys are easily oxidised and can go rancid.

So what does SFA have to do with cholesterol and heart disease?

Not what you think it does. Saturated fat has no proven associated to heart disease. It’s true that oxidised fat does have a mild association to heart disease, but it's not the villain it was once thought.

BUT MY GP SAYS I HAVE HIGH CHOLESTEROL?

Now it’s the amount of taxis, not the cholesterol that can cause an issue here.

When people measure cholesterol they look at the LDL and HDL and call one bad and one good. It's not that simple. Remember cholesterol is vital for the body. The problem lies beyond just the picture of HDL and HDL (think oxidation and inflammation).

You need to ask for a bigger picture beyond just the cholesterol.

Total cholesterol or counting the amount of taxis in the blood, does not tell the entire story. Its like reading a random page from a Choose your Own Adventure book and trying to guess the ending.

It’s the particles LDL-A and LDL-B and also the number of Lp(a) that are the most important reading in any cholesterol test. There is also another fabulous marker for inflammation in the body – C reactive protein (CRP).

WHAT CAUSES HEART DISEASE THEN?

Inflammation and oxidation of the LDL taxis and Lp(a) is the problem. Inflammation causes your arteries to constrict, your heart to pump harder along with oxidation caused by free radicals (which causes further inflammation) and blood clots get caught up in the mess.

So what causes inflammation?

Let me break it down again for you in one sentence…

Inflammation is the major cause of heart disease.

As your diet fills itself with refined carbs, polyunsaturated and processed foods, sugars and stress and from sitting on your backside typing on a computer with your boss yelling at you, your inflammation rises. So too does the free radicals and the oxidative stress and along with it, inflammation in the body placing those poor little cholesterol taxis at greater risk of being oxidised, drawing in blood clots.

90% of all heart disease can be prevented with lifestyle change

HOW TO DECREASE INFLAMMATION?

So before you stop consuming yolks and order that skinny large mocha latte with one sugar, consider your levels of inflammation and ask yourself this …

Could I be making a better, more nutritious choice?

Nicole Dickmann is a Nutritional Therapist on a mission to help busy women and men activate their supreme health potential, unleashing productivity and high performance to multiply their impact, influence and income.