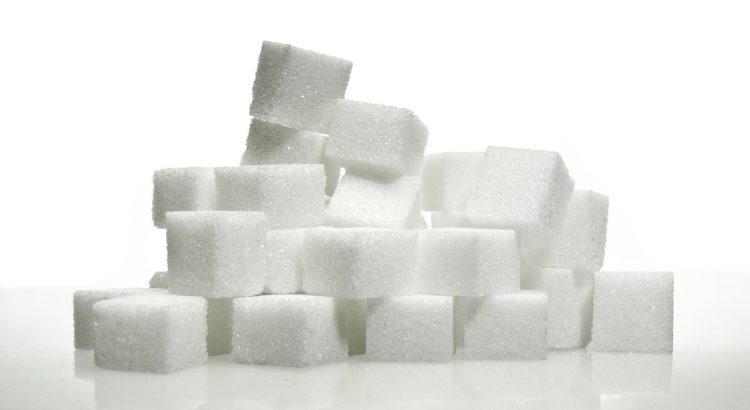 Almost all of us are aware of the negative effects of sugar, or at least know that it’s bad for health - it's certainly a hotly debated topic in the media at the moment! We promise ourselves we’ll cut down starting “tomorrow.” We think it’s easy. But if it really was that easy, the average Australian won’t be consuming around 27 teaspoons of sugar every day when the World Health Organisation recommends 5 for an adult!

A 2012 report, Statistical Update discovered that Australians consume up to 192 teaspoons of sugar per week or 27 teaspoons per day on average. The mistake most people make is that they aren’t conscious about what they eat. For example, something that may be labeled as healthy, such as non-fat yogurt may contain sugar – in fact, some brands contain up to 4g per 100g of product. Cutting down on sugar is a huge commitment. It takes time and effort but it is worth it. Here’s why:

Added sugar, which FYI is not limited to table sugar but high fructose corn syrup and sucrose too, contains heaps of calories but no nutrients your body needs. This is why they’re also called “empty calories.” There aren’t any antioxidants, vitamins, minerals, proteins, fibre or essential fats in sugar – they’re just energy. Energy you can get from something more wholesome and nutritious.

Consuming 10 to 20 percent of your calories via sugar can lead to numerous complications and nutritional deficiencies. Since sugar is an easily digestible energy source for bad bacteria in your mouth, it is also pretty bad for teeth – but you already know that <1>.

Insulin is an incredibly important hormone that allows glucose to enter the cells in the body. Too much sugar in the body is toxic and may inhibit insulin to function properly, causing insulin resistance. In other words, your cells become resistant to insulin.

Numerous studies have indicated that high sugar consumption is directly linked to insulin resistance <4> , <5>. It is the leading cause of many problems such as metabolic syndrome, heart disease, cancer obesity and of course, type-2 diabetes and blindness <6> <7>.

Sugar can lead to the dramatic release of dopamine in the brain, like most addictive drugs, which can make these foods severely addictive <2>. You don’t get the same effect from healthier, real food. People who are prone to addiction can become super addicted to sugar <3>. Therefore, even consuming it in moderation may not be the best advice for most people as it can only lead to poor results. The key is to learn the art of substitution. Replace sugar with sweet and flavorsome healthy foods such as honey, agave nectar and fruit.

There was a time when people kept track of each calorie they consumed. Hopefully, the calorie counting trend is dying or at least, being used in a smarter and more effective way. The dark side of calorie counting is that people begin to consider all calories as equal.

Different foods affect your brain and hormones controlling your food intake differently <8>. One study examined the effect of glucose and fructose on people’s satiety. People who consumed fructose-sweetened drinks showed satiety centres in their brains with far less activity than others and were much hungrier too <9>. One study also shows that fructose doesn’t lower ghrelin levels, the hormone responsible for increasing your appetite <10>. No matter how much sugar you consume, you don’t feel satisfied so you end up having way more than you aim for.

Fructose goes to the liver. When glycogen levels are low in the liver, such as after a period of strenuous physical activity, the body uses fructose to replenish it <11>. However, most people’s livers are already packed with glycogen so the extra fructose being consumed is turned into fat <12>. Although some of the fat is transported to other parts of the body, most of it stays in the liver and can build up with time, resulting in non-alcoholic fatty liver disease <13>.

Most people are so focused on going low-fat that the sugar they consume goes unnoticed. However, modern research shows that heart disease, the number 1 killer in the world may not be caused by saturated fat <14>. More evidence is trending towards sugar being the cause due to the ill-effects of fructose on your metabolism <15>.

A final note: we don't believe the sugar should be vilified in the way that fat was in the 80's, leading too much of the public misconception about fat that stands today. Naturally occurring sugars in fruits and some vegetables are great, but the evidence against processed sugars in all of its forms is clear - we are slowly killing ourselves with sugar. It's time for Australia to make a change.