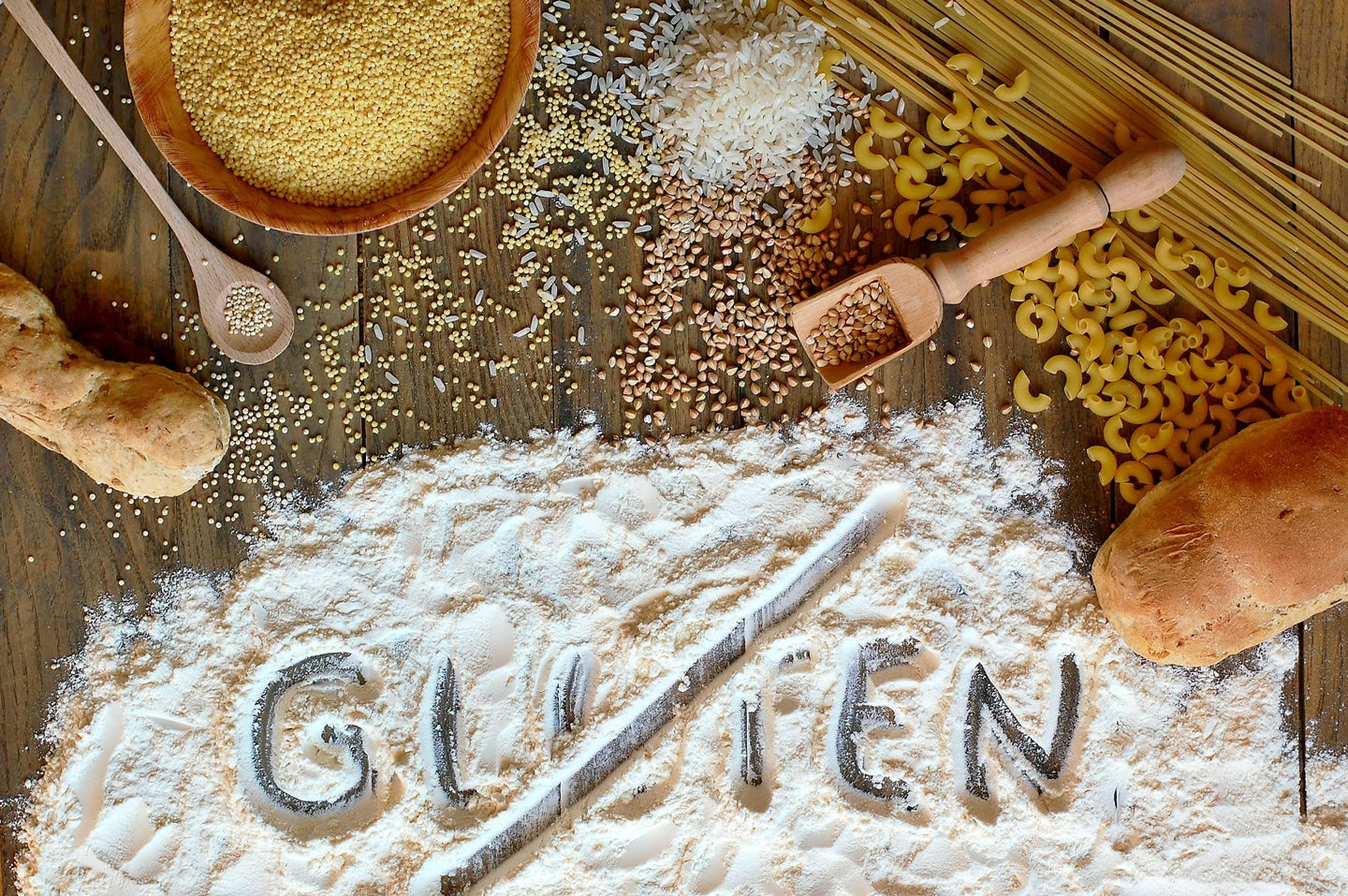 This whole ‘gluten free fad’ thing really bugs me - as someone that can’t digest foods containing gluten, it really gets my goat when people label me as a bandwagon jumper. Yes, there has been a sharp rise in people adopting a low or zero gluten diet recently (up to 30% of Americans report that they attempt to live gluten free), but that doesn’t mean it’s not the right thing for them to do!

I want to share my journey with gluten so you can see how just one person ended up on a gluten free path.

First let’s look at what gluten actually is - a family of proteins (specifically gliadin & glutenin) found in grains such as wheat, spelt, rye and barley. Wheat is the most commonly consumed, as it appears in the most products on our shelves (the obvious ones like bread & pasta, but also most salad dressings, soy sauces etc).

People with coeliac disease (approx. 1% of the population) have severe reactions to consuming gluten, including (but not limited to):

Coeliac’s also have longer term internal damage in their gut and digestive systems, which is what puts it in the autoimmune disease category.

Now to be clear, I am not labelling myself a coeliac - I fit into the non-coeliac gluten sensitivity camp. This group of people experience many of the symptoms and discomforts of coeliac disease, without the lasting damage to the gut.

So, here’s what it feels like when I eat gluten:

There are a ton of other symptoms, these are just the ones that affect me the most.

So how did I discover this? A really interesting question. For a long time, I actually thought that being bloated and tired was just who I was. That that was just me. Deciding to try out this whole gluten free thing was the best thing I ever did, and it really wasn’t that hard! I cut out all gluten products for a month, and slowly reintroduced different foods, one by one, to see how I reacted. What I know now is that bread is mostly out, unless it’s a really good quality sourdough. Cakes/baked products are pretty much the same - I know there’s loads of GF cakes out there - but they’re so full of other crap they’re not even worth it. Some candy will set me right off (yup, there’s wheat in those babies) and I avoid all store bought dressings and sauces - both for the gluten and the sugar.

It sounds really restricting, but once you get past the bread thing, it’s really not! Whole foods - vegetables, fruits, un-processed meats, nuts & seeds - none of these things contain gluten, and they’re all delicious! Eating out becomes more exciting because you can’t just fall back on the same menu at the same places - you’ll discover new food combo’s you didn’t know about before, and new eating holes that will become your faves.

My one warning - just because it says it’s GF, doesn't mean it’s good for you. GF labelled products in supermarkets and cafes often include increased sugar, crappy oils, and preservatives. Always read the labels and know what you’re chowing down on.

Think you might have a sensitivity to gluten? Below are some resources you can check out for more info, and how you can find out.

Abbey is the founder and CEO of Nourishd, and has a vision to help people claim back their health and their time, so they can spend more time dancing in their living rooms!