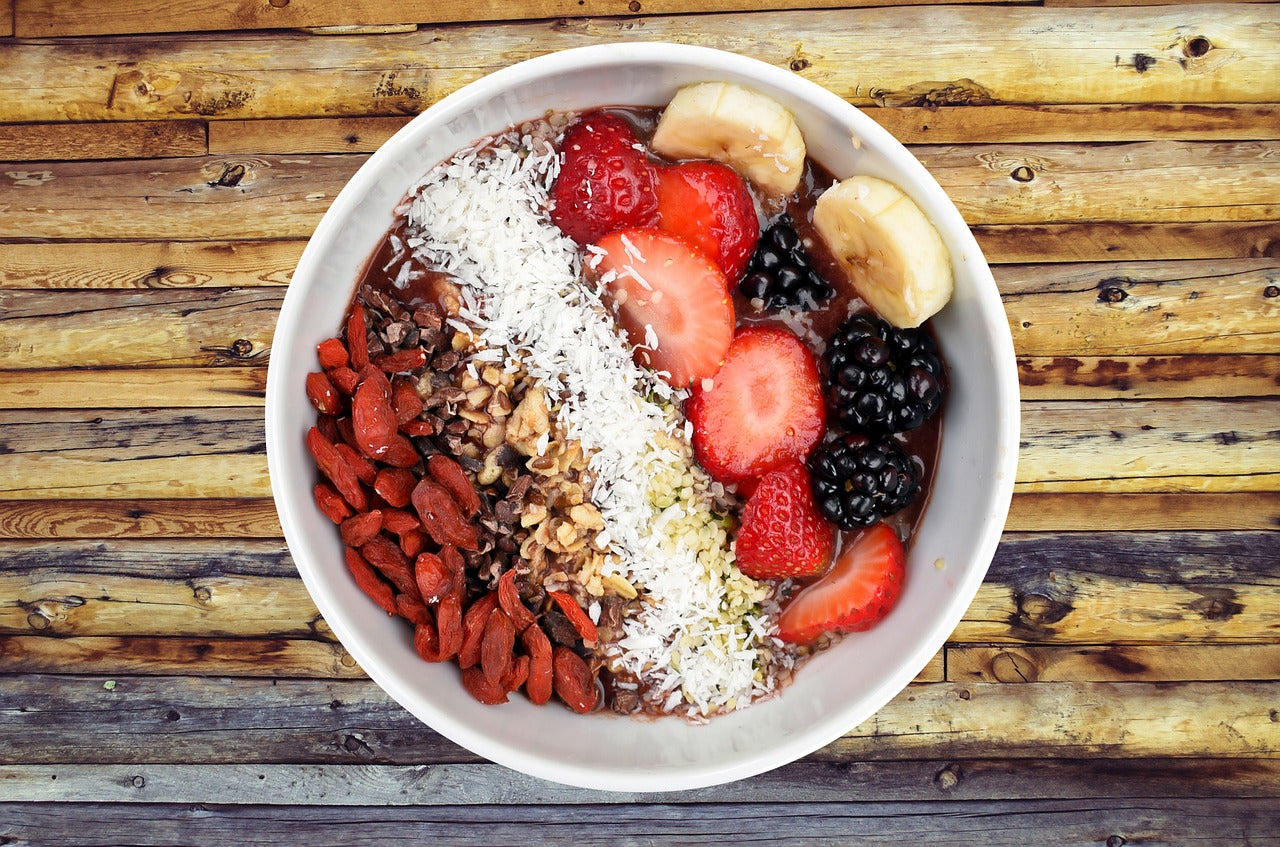 Have you ever had that feeling that something just isn't right with your gut? Yup, we're talking about that uncomfortable bloat. Caused by over-stressed intestines that are over producing gas (usually caused by what we are putting into them), bloating is a very common ailment. It’s uncomfortable, unflattering and most importantly it means something’s up with your body. Let’s give our tummies some TLC!

First and foremost, let’s talk about overeating. If you’re overloading your digestion with way too much food in one go, it’s understandably going to have a bit of a tantrum. Kind of like how a kid reacts when they’re served up too many feelings. However, instead of screaming and crying, abdominal pain and distention is what you’ll be facing. If you’re a hungry person (who isn’t?) try eating smaller amounts more frequently rather than stuffing all your calories into yourself in one go. Besides, this means you’ll get to taste food more often. Hell yea! Hydrating between eating is also majorly helpful for keeping things moving.

We’ve said it before, but we’ll say it again: fibre is your best friend. Without fibre, you’re creating a bumper to bumper traffic situation in your pipes. Old, toxic waste will be sitting in your lower pipes while new stuff is beeping its horn at it. Fruits & vegetables are the guys who clean up the crash on the highway so everything can get to where it needs to go.

That being said, make sure you aren’t mixing too many raw fruits and veggies with cooked foods. Digestion time for raw is much faster versus cooked foods, so there’ll be some issues there. Lightly steaming vegetables like broccoli, kale and cauliflower also takes away some of the strain.

Dairy and Wheat. This is never a well-received bit of news, but dairy products are not our bodies favourites. If you are constantly feeling bloated, it could be a dairy sensitivity or lactose intolerance which is actually experienced by a very large percentage of the population. Maybe try switching out your milk and giving the yoghurts and cheese a break and see how you feel. When it comes to wheat, there is a reason more and more of us aren’t handling it too well and it’s to do with how we produce it.

Unfortunately, as there are more and more people to feed there is also more and more pressure on farmers to have high yields. This is where pesticides have come into the field, literally. The most widely used wheat spray at the moment is glyphosate, and this chemical is bad news for us (and the planet). If you’re interested in some science on this topic check out Dr Zach Bush MD , a triple certified physician specialising in metabolism. It’s really no wonder we are suddenly having trouble with bread when we never used to. Try switching to organic, sourdough breads or just cutting way down if you’re having tummy troubles.

At the end of the day, everyone’s gut is completely unique (hello microbiome!) and figuring out what works and doesn’t work for you is your personal journey. While the above factors are definitely broad influences, eliminating foods one at a time and keeping a food diary is the best way to get more insight into what is setting your bloating off.