Keto-this & Keto-that is being bandied about like Lindsay Lohan’s antics circa 2006. So what’s the deal? Is this a legit way of eating? Should you try it? Should I try it? Who else is trying it? What does it do? What doesn’t it do? Will going keto solve all my life problems…. I’d say it’s unlikely but what it won’t solve could probably be remedied by coconut oil. Because magical.

Our friend Shan from My Food Religion has read A LOT about ketosis and even dabbled in it herself. Read her blog below to get the know on Keto!

Shan says – I found that it worked for me when incorporating some exogenous ketones via SUPPLEMENT into my life as that allowed me to not have to limit or caution around my veggie & fruit intake as my diet is generally pretty low carb anyway. What I do notice (in the absence of ketone supplements) when going too low carb (for me) is that my sleep gets a bit messed up, my energy wains in my workouts & I get some low thyroid type symptoms like really cold extremities so I have found that some starchy carbs with my dinner helps with that. I stopped taking any ketone supplements because whilst effective, I found the taste bloody awful and first & foremost I’m a foodie so it’s a no from me. They are sweetened with stevia and have the most incredibly sweet flavour that really put me off. Plenty of people swear by it though so give it a whirl if you like.

Anyway, I have had loads of people ask me about keto & so I asked my Yoda. He’s the guy I ask all things that I can’t seem to come to a solid answer to with my own research. Chris is one of the smartest people I have ever met & also one of the fittest. I’m hoping if I keep doing his PrimalThenicsprogram his smarts & fitness will rub off on me too! So here’s his take on all things KETO.

Keto is certainly the new buzz word on the internet, being one of the most googled words in 2017.

The human body has two main fuel sources, glucose (from carbohydrates or excessive protein) or beta oxidation (ketones from the breakdown of fats).

Ketosis is the use of ketones from the breakdown of fats as your primary source of fuel and is often referred to as being ‘fat adapted’. For everyone who has not been on a ketogenic diet you operate on glucose as your main source of energy. To convert your body to using fat as your fuel source requires some specific work.

Let me explain what that requires and if it is right for you! 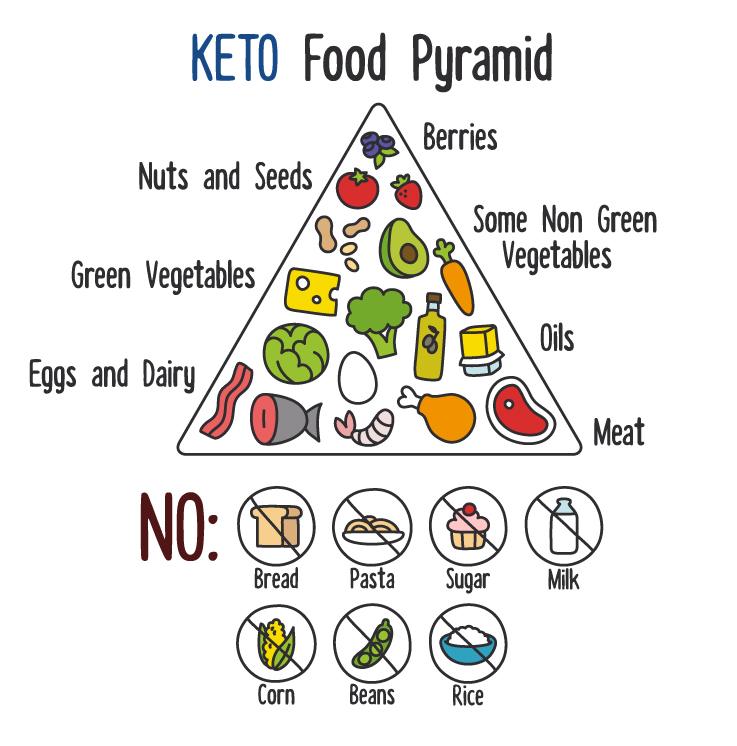 Think of your body as a car. Glucose is unleaded petrol and gets you roughly 500km a tank, whereas ketones are diesel petrol and get you 1000km a tank! To convert your car from unleaded petrol to diesel means you are going to have to take it to the car shop for a major overhaul of its engine. That work is going to take a few days and cost you a bit of money.

When converting from glucose as your primary fuel source, (after a lifetime of eating carbs, potatoes, rice and breakfast cereals – remember the food pyramid anyone!), is going to cost you a bit of effort and discomfort. Things like the Keto-Flu, where you feel like you have the flu (people have been hospitalised before they thought they were so sick), fatigue, headaches and constipation can occur. Not to mention drastic reduction in athletic performance, initially anyway.

How do you do this?

To convert to beta oxidation (ketosis) requires the absence of sugars and the limiting of total carbs to under about 20-50grams of carbohydrates a day. IN doing so, the body undergoes a few rough days of glucose depletion until it can start to get fats broken down in the liver which results in the body’s secondary fuel source, Ketones.

Can you speed this process up?

Yes, there are a few ways you can speed this up.

First. You can deplete your body’s stores of glucose faster than it takes for the body to utilise its’ own stores passively. To do this, you would partake of a few high intensity training sessions, such as sprint running, HIIT circuits or weight lifting.

Two. Increase your fat intake, particularly the intake of Medium Chain Triglycerides (MCT oils) which are more easily converted to ketones in the body than other fats.  (Paleo hero mcts)

Three. Minimise lifestyle stressors such as sleep deprivation, stress etc, to provide the body with an easier opportunity to undergo a major physiological change. And, also, to make it easier on yourself!

Four. You can utilise exogenous ketones, as in pharmaceutically manufactured ketone bodies, to provide an immediate source of ketones which will aid in fighting off the effects of the ‘engine change’ (Keto flu), and almost trick your body into producing its own ketone bodies faster.

Is this right for me?

Ketogenic dieting has long been regarded as particularly effective for a number of health ailments, including:

Recent claims have touted it as effective for:

Whilst some are calling it one of the nutritional breakthroughs of our time!

What foods are involved?

Eating fat, and not eating carbs!

It is that simple, you eat fats, and you limit all intake of carbs: 75% fat, 20% protein, 5% carbohydrates from leafy vegetables. Generally, this equates to about under 20grams of carbs consumed per day. It is also important to note that these carbs should be solely sourced from green leafy vegetables. Most people make some serious errors when beginning the diet by either consuming too much fat, the wrong kind of fat and or too much protein. Deep fried foods should be eliminated

As good as it may seem I don’t recommend super strict keto for everyone.

But, let me state this, you don’t need to eat carbs!

Yes, that’s right, even for weights training, HIIT training, endurance ultra-marathons carbs are not necessary. But I will leave that argument for another day.! But go as close to keto as you can whilst eating as many carbohydrates from my vegetables as you can.

If you are an everyday warrior like me, then I would recommend going for a more moderate approach, that still involves very limited number of carbs, that can better suit your life. Regardless of your performance goals or health aspirations, fat loss must be a priority. Having a lean muscular physique doesn’t mean having the body of cover model, but rather possessing appropriate fat stores and adequate physical capabilities.

Medical research has repeatedly demonstrated the link between increased body fat and the progression of degenerative diseases like Cardio-Vascular Disease, diabetes and cancer. What is disregarded or poorly understood by most are the primary causative factors of excess fat storage. The two main causes being a sedentary lifestyle and excess refined carbohydrates.

Such positive physical and physiological changes will also affect you mentally and emotionally, for the better. One of the most noticeable aspects of fat loss and its effects on the body is the increased ‘ease of day’. ‘Ease of day’, refers to how much easier your daily activities will feel.

So, my advice to many is: Go for an approach that you can manage, that is appropriate for your life and goals and that has far less carbs than you currently consume.

Keen to see which Keto Meals You Can Get Delivered to Your Door?

READY TO CLAIM BACK YOUR HEALTH AND TIME?